We believe that caring for players builds better teams. We have a staff that is committed to promoting a growth mindset in their players through positive skill development and strong encouragement. We want players to learn to love the game of Volleyball, give them the skills to compete and in the process build them up as young people.  We are committed to being healthy and safe leaders who have a desire to raise incredibly skilled players who are also growing as leaders. Our highest value is impacting the lives of kids while we share this amazing sport. 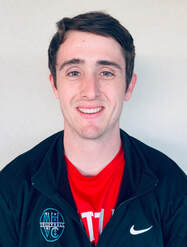 Coach Daniel is a dedicated volleyball player, coach and leader. Coach Daniel brings an immense background in both
the defensive and offensive aspects of volleyball, having played every position at one point of his volleyball career. He began his volleyball career almost 20 years ago, starting early in elementary school. During his high school career, he helped bring a league title to Ann Sobrato High School as their libero and went on to be a part of multiple league and CCS winning teams from 2011-2014 for Mount Madonna High School.

Daniel has shown he is incredibly passionate for the sport and loves empowering these young athletes to become the best they can through hard work and dedication. He is fiercely committed to growing skilled Volleyball players in our community and is a trusted leader.

MHVC is thrilled to introduce him as the new 2021-2022 Girls Club Program Director (High School) ! 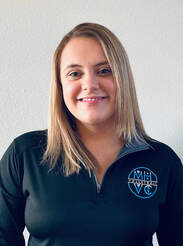 Coach Bri is a well trained player and inspirational coach.  She played Club Volleyball for 12 years, and has had some of the greatest coaches throughout her club years. Including Stanford Head Coach from 2013 Don Shaw, Olympian Coach Danielle Desiderio, & many more. She was a setter on her teams throughout her life and learned at a young age leadership, respect, & to be prompt and thorough. She is currently in her 4th year of head coaching at MHVC and has been the Director of the Fall Co-Ed Season. Bri is a tenacious leader (we know power often comes in small packages),  she currently runs a Sales Department at Destiny Tool and manages over 40 employees.  We love that Coach Bri is always thinking about how to create experiences for her players, she is dedicated, trustworthy and absolutely loves this sport and her girls! We are so excited to introduce Coach Brianna as our first MHVC Girls Jr-High Club Program Director!  She can’t wait to create an amazing program for our Jr High players!  On her off time, you can find Coach Bri doing fun outdoor activities with her cute dogs or spending time with her family! 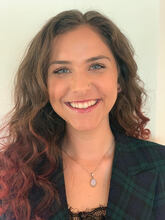 Coach Julie has a long history of playing Volleyball as an indoor Club player & Beach Volleyball player throughout junior high and high school. She competed on her Varsity Volleyball team and at Adrenaline Volleyball Club. She has continued on playing Club at the Collegiate Volleyball level at CSU-Monterey.

She is currently the women’s JV Head Coach at Sobrato High School and the Men's Varsity Head Coach at Live Oak High School. Coach Julie has been coaching with MHVC for the past 5 seasons for both Power and Premier players and is known as a strategic and approachable leader who pushes her teams to greater heights of skill and conditioning! Julie is one of our favorite hitting coaches and is known for running amazing practice sessions with her teams! 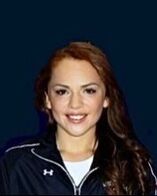 Coach Sierra is a gifted Libero with extensive Volleyball experience at the high school and collegiate level. She was a player at several local Clubs and had a successful collegiate career at Galvian College! Sierra has been a coach with MHVC for three years with experience as an indoor Power Coach and a head Coach in our Beach Volleyball Program and Fall Girls Program. Sierra comes to us with a background in fitness training and equips our players with proper technique in strength training and conditioning! Sierra is a amazing addition to our staff and does a great job investing in the lives of her players. 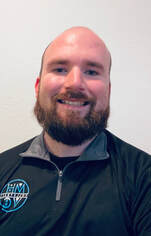 Coach Jeremy is a Bay Area native and has been coaching volleyball on and off for ten years. He played for local clubs in both middle and high school, even earning a bronze medal with his 14s Club team in Junior Olympics in 2008. He played Outside Hitter, Middle Blocker, and Defensive Specialist throughout his volleyball career. Coach Jer began coaching at his K-8 school, Saint Andrew’s in Saratoga when he was 16. After moving to Montana with his family in 2015, he continued to coach Club while he attended college at MSU: Billings. After graduating in 2018 with a Bachelors of Science in Public Relations, Coach Jer moved back to the Bay Area and has been coaching for MHVC ever since! Jeremy also works as a Litigation Paralegal for Costanzo Law Firm in San Jose. He loves helping players improve over a season, encouraging effective communication and teamwork, and sharing his insight of the game with up and coming players. We know Jeremy to be an approachable and dependable coach who encourages growth through skill development in his players! 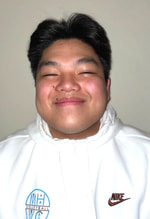 Coach Carl Guimbalena (16U Power Head Coach)
Coach Carl is currently in his second year as the Girls Varsity Coach at Christopher High School in Gilroy.  He has a strong background as a player and has head coached in the high school Power program with MHVC since 2019.  Carl has been trained by some great local coaches and has adapted a strong leadership style. He has a strong commitment to training players with a growth mindset, pushing them to try new skills with an approachable leadership style.

​Coach Carl has a deep background and focus in the defensive game as that was a huge facet to his game as a player for 6 years. He has since grown his understanding and knowledge in all parts of the game. His career as a player and coach is the true example of effort, hard work and passion for the game. Coach Carl is studying as a Kinesiology major to invest in the dedication he has to training, coaching and volleyball. Coach Carl’s goal is to instill players with the confidence, knowledge, and self-sustained understanding of every aspect of the game. 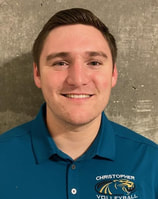 Coach Marcus is currently the JV Womens Head Coach at Christopher High School.  He comes to us with some awesome experience coaching at a local high school and we are excited he has joined our staff this season.  He played high school Volleyball and is a committed leader invested in growing the sport of Volleyball through Coaching.  Marcus is known as a dependable leader and someone who creates a stable environment for his players to learn from any mistakes.